It’s almost February, which can only mean one thing in Northwest Wisconsin: it’s time for Birkie Fever! Since 1973, the Cable/Hayward area has hosted the American Birkebeiner, a cross country ski race that has grown into the largest ski marathon in North America. We love the Birkie – it’s one of the many things that makes Hayward special, and we make a point of attending Birkie weekend whenever possible.

The American Birkebeiner is a huge event, attracting about 11,000 competitors from nearly every state, as well as over 25 countries. It is the source of much local pride and excitement, and a great way for participants and spectators alike to get outdoors and celebrate winter.

In fact, the Birkie Trail is now being utilized year-round for events including bike races, trail runs and camps, all with a goal of making the most of this amazing asset – The Birkie Trail – and encouraging people to be active outdoors.

Nordic Roots: In the year 1206, soldiers called Birkebeiners (because they wore birchbark leggings) skied across mountains and forests to deliver young Prince Haakon (pronounced HO-ken), heir to the Norwegian throne, to safety during Norway’s civil war. Birkebeiner soldiers became a symbol of perseverance and courage in the face of adversity.

While in Hayward, stop by Retreat Home Furniture and check out this historic framed Birkebeiner print.

Wisconsin Birkie History: Hayward born Tony Wise launched the first Birkie ski marathon in 1973 with 35 competitors. The race was modeled after the Birkebeiner Rennet, which had been held in Norway since 1932.

Something for Every Skier

The Birkebeiner has grown immensely over the years, now offering multiple events over a five day period, ensuring every athlete who would like to compete can find an event to enjoy. Some events offered Birkie week include:

Something for Every Spectator

Chris’ husband has skied the Birkie in the past, and her son is skiing this year for the first time. While we also ski now and then, we’re both better suited to being spectators and supporters. Without a doubt, the best place to cheer is at the finish line on Main Street.

Music, Food and Drink: Every bar and restaurant is ready to welcome guests with a beverage and delicious food when a warm-up is needed.

Skiers may choose to carb load at the Annual Pasta Feed before the big race. After the race: Slow Cooker Green Chicken Posole! What is Posole? It’s a classic Mexican soup, with traditional ingredients of chicken or pork, hominy, assorted peppers and chilis, garlic and seasonings. The fun part is adding an assortment of garnishes, such as avocado, shredded cabbage, sliced radishes, chopped cilantro and tortilla chips.

Amy has streamlined a traditional Posole recipe for the slow cooker, allowing you to enjoy the outdoors and come home to a delicious, hot meal:

We encourage you to check out the Birkie website for more information, and to learn about future plans for the Birkie Trail and Birkie-related events. And if you have a chance, join us on Main Street for a fun-filled day. Cheers! 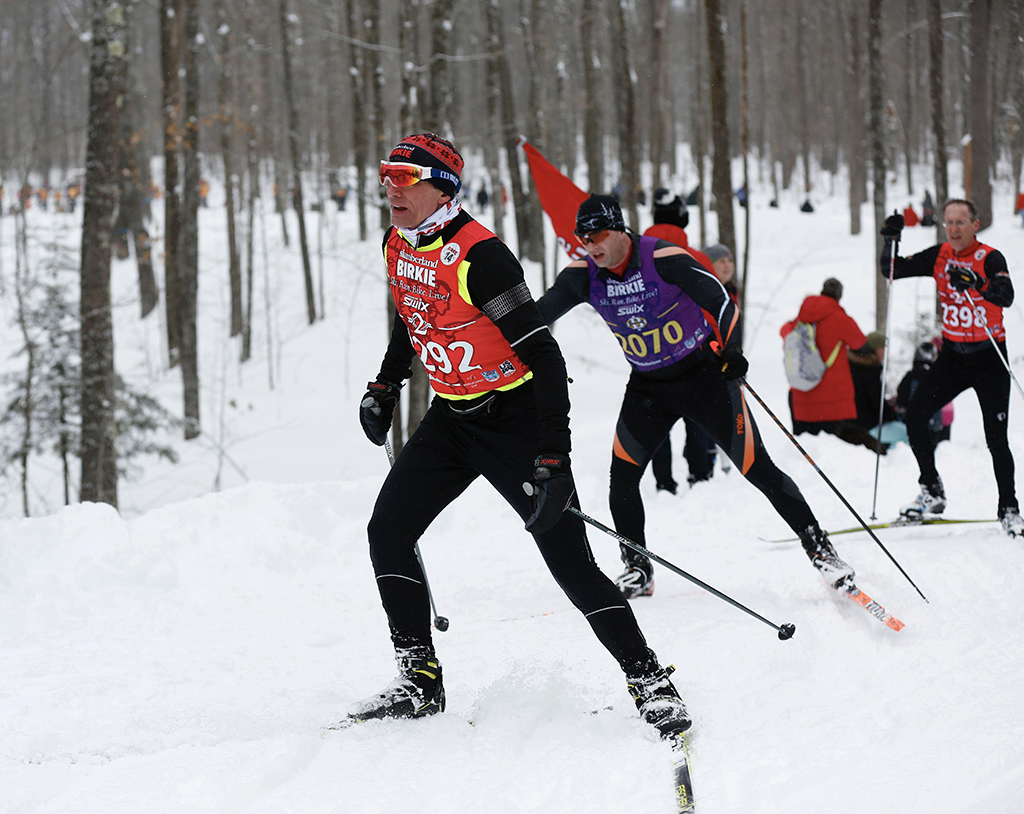